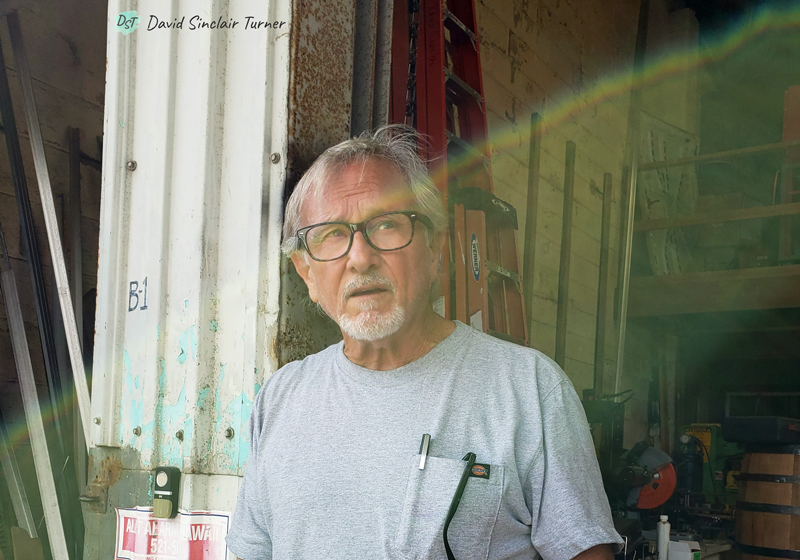 Every artist and author is inspired by something. For David, his inspiration comes from above. Here’s what David has to say about the source of his creativity. He says, “No matter what happens in our lives, God will always have a hand in helping us as long as we never lose our faith. The best way I can describe it is by a picture I have of Christ reaching down in to the water where I am struggling to survive and not drown. As I reach up and look into his smiling eyes, I take his hand in mine, and he pulls me up into his arms. The only way to best describe that is with the term “divine intervention.”

I caught up with David recently, and he shared a little about his upcoming book. I was excited to hear all about it. As he told his story, I took his photo and captured some videos. I had this deep feeling of knowing that David was doing exactly what he was meant to be doing here on this earth. That his storytelling was divine inspiration. In the video below, you can the golden rays that appeared and disappeared. Of course these rays were not visible when I filmed the video, were not a result of dirty lenses, and this video was not altered from it’s original state. One could say the video shares David’s divine light of storytelling.